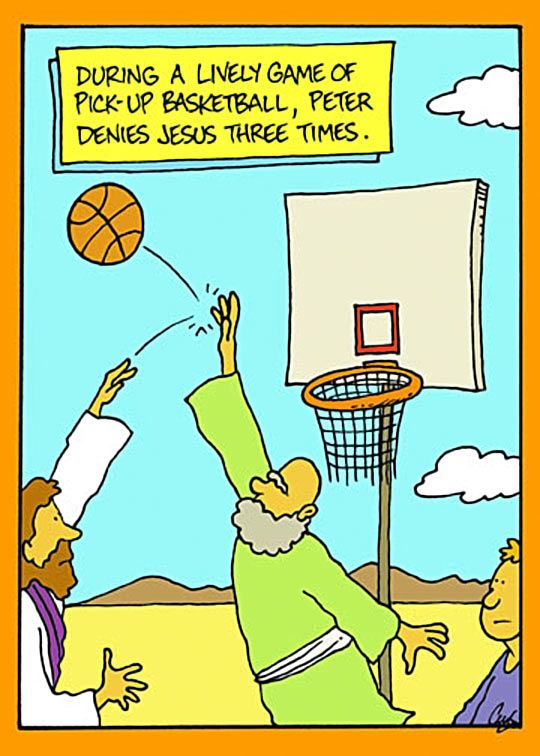 Episode 4 in the series: Would Jesus Play…?

Brian and Chad each offer three reasons why Jesus might have played basketball and a few reasons why He might not have.

Brian’s #1: Basketball’s history has a story and it’s about a person. It’s also about the YMCA. It was messy, like the creation of the nation of Israel.

Chad’s #1:  Basketball was an access point into American culture for relegated Catholic and Jewish Americans in the early 20th century.

Chad’s #2: In basketball, one person can change everything unlike in any other team sport. Jesus Christ changed everything.

Brian’s #2: Basketball includes so much pageantry and drama. The opportunities for last second heroics draw us in.

Chad’s #3: Because I play, Jesus would play. Jesus cares about what I care about, and he would meet me on the court.

Chad #1: There’s something disingenuous about the intentional fouling that occurs at the end of games. What Christian would ever intentionally sin?

Chad #2: The game features height in such a way as to basically exclude anyone who isn’t tall. The nation of Israel prioritized height, too, and chose Saul as their first king. That didn’t work out well.

Would Jesus…Powerlift?
Scroll to top