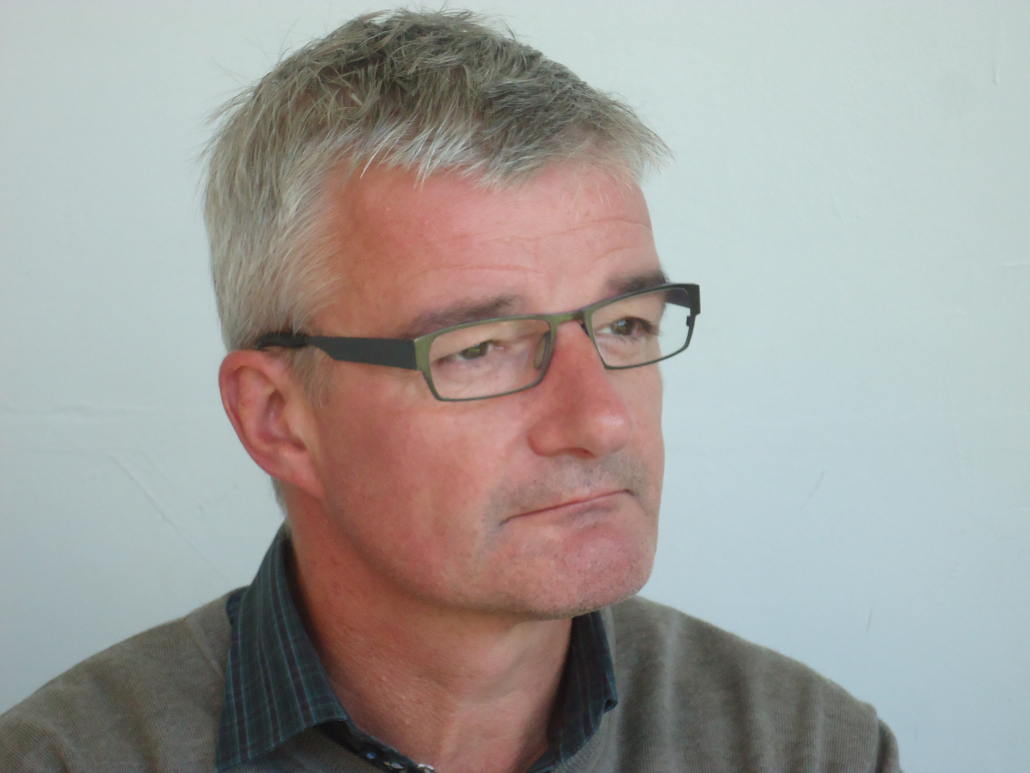 I study Christianity (more specifically, Catholicism) and sport in the past and present. And I do so focusing on Church history as an associate professor at the Faculty of Theology and Religious Studies at the KU Leuven (Catholic University of Louvain, Belgium). The work I do and the position I hold form a convergence of former personal activities and interests.

As a young kid, I was fascinated by sport, and especially by a Belgian Cyclist champion (Roger De Vlaeminck) and by a soccer team (Club Bruges). I collected every newspaper and magazine article and photograph I could find about them. Meanwhile I played in a local soccer team from the age of 11 until 21.

After my studies in history at the KU Leuven (1981-85), I went to Rome in preparation for my PhD dissertation—a biography of 18th-century cardinal Giuseppe Garampi, in which I consulted the Vatican Archives. After a 5 year stay in the Eternal City (1985-90), I came back to Belgium and in combination with the completion of my PhD and my work as a bibliographer at the Revue d’histoire ecclésiastique: Louvain Journal of Church History, I started to publish books on the history of cycling and soccer and I guided students in history at the Faculty of Arts in their master theses on sport topics (1990-2010). During that period, I was also chosen as president of the local soccer association in my hometown where I settled with my wife and 4 children. All of my kids (one girl and three boys) joined the soccer association as players, while my wife specialized in swimming. It was in that function as a president of the local soccer association—and also as a coach and representative of several youth teams—that I realized that one could be inspired as a catholic to contribute to a better sport environment and to a joyful social communion within a neutral sport association, in which every child, talented or not, had an opportunity to do sport.

When I transferred in 2011 to the Faculty of Theology and Religious studies, my former interests and activities came together and formed the basis of my present research topic, to know Christianity (Catholicism) and sport in the past and in the present. My research is based on archival documents from all over Europe, and especially in:

Studying Christianity and sport opened new doors for me. I got involved in the American Academy of Religion and participated at the Global Congresses on Sport and Christianity. I also participated in the preparatory group and final redaction of the first-ever official document of the Holy See on Sports, written by the Dicastery for the Laity, Family and Life, entitled Giving the best of yourself. This document underscores the importance of sports as a popular and significant dimension of human experience in our time.

In the slipstream of this document, I co-hosted in October 2018 at the KU Leuven an international conference on Religion, Sports and Ethics. Four sessions illustrated the different ways that sport and religion interconnect:

Currently, I have just begun a sabbatical leave to continue my research. I’m finishing a book in Dutch on Catholicism and Sport in the Low Countries (Belgium & the Netherlands) from the 19th century to the present and the Brepols Companion on Christianity and Sport in Europe and North America (19th-21 centuries), a project which I am coordinating and editing together with Ivo Jirasek, Matt Hoven, Chad Carlson, and Brian Bolt.

This Companion is a chance to open up the field more broadly by multiplying the attention to research and experiences in as many regions, Christian denominations, periods, and languages within North America and Europe as possible. Since most of the existing publications, conferences and research groups are concentrating on a specific religion or denomination, region and language, this project will surely make a big difference and mark a huge step forward in the field. A lot of publications in non-English or native regions of Europe and North America are not very well known and will be made available to a larger audience with this volume. Further, we intend to illuminate the Christianity-sport relationship within subcultures of better-known languages and regions.

The work continues, as always. And I’m encouraged by a community of like-minded scholars and practitioners from around the world.

It was in that function as a president of the local soccer association—and also as a coach and representative of several youth teams—that I realized that one could be inspired as a catholic to contribute to a better sport environment and to a joyful social communion within a neutral sport association, in which every child, talented or not, had an opportunity to do sport. 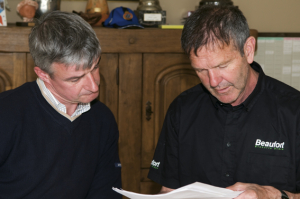 Dries, on the left, sharing conversation with one of his sporting heroes, cyclist Roger De Vlaeminck. It looks like Roger might be reading an early draft of one of Dries’ many academic publications. Those cyclists! 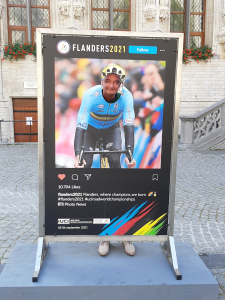