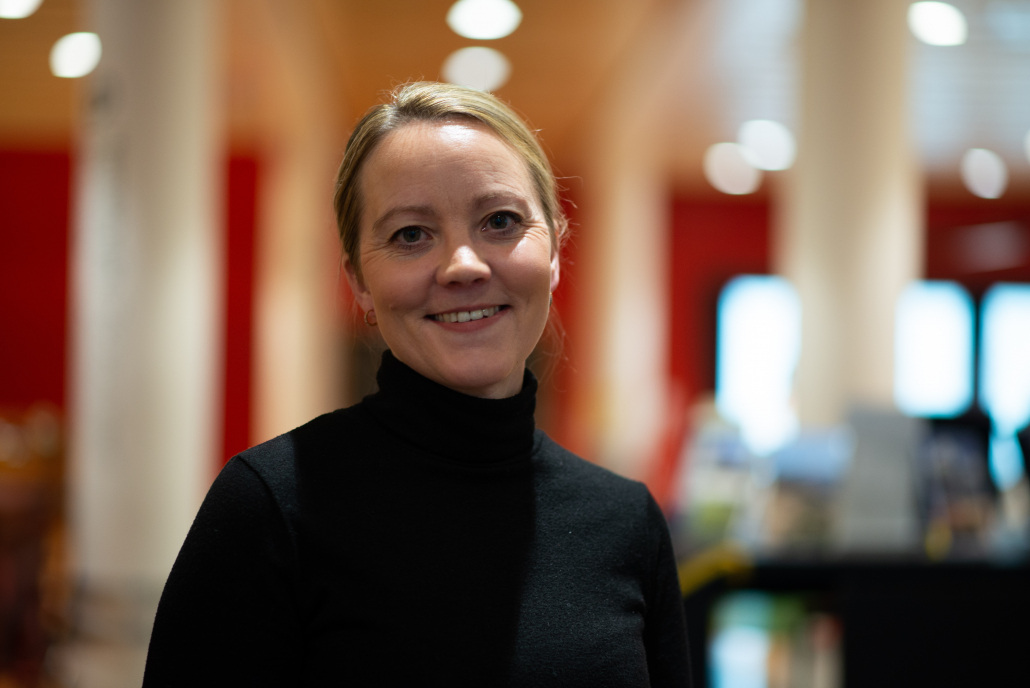 This blog post summarises some of the main insights in the chapter “Holy Marathon—Running Religion: Religious Interpretations of Bodily Vulnerability in the Context of Marathons,” written by Kristin Graff-Kallevåg and Sturla J. Stålsett. The chapter can be found in the forthcoming book Training the Body: Perspectives from Religion, Physical Culture and Sport, edited by David Torevell, Clive Palmer, Paul Rowan.

Four years ago, I travelled to Frankfurt to run my first marathon. I was excited and read the official programme for the marathon weekend with great interest. As a scholar of religion and theology, something interesting caught my eye. On Saturday evening, the evening before race day, there would be a pasta party and an ecumenical Christian service! Being interested in the research field of ‘lived religion’, I was curious about how Christian faith would be interpreted in such a marathon context. This then became the starting point of two years of research on ‘sport sermons’—sermons held in Christian services in the context of sporting events.

One of the results of this research was an article about spirituality in marathon running (“Holy Marathon—Running Religion”), written together with my colleague, Sturla J. Stålsett. In this article, we analysed sermons held in Christian services that were arranged in close connection with or as part of official programmes of big marathons in Europe and the United States. Our interest has primarily been in how bodily vulnerability is interpreted. Why this interest in vulnerability? And, does bodily vulnerability in marathon running have anything to do with spirituality?

In the world of sports, the ideal is to be strong. Long-distance runners know a lot about what this entails. In a marathon, when your feet are tired, you need to keep running—you need to be strong! For professionals and even for some dedicated amateur runners, a huge amount of training and discipline is required to attain one’s goals. Strength is the ideal, and weakness needs to be combated. For many athletes, vulnerability is thus considered a problem and something that needs to be ‘pushed through’. Christian anthropology is more ambivalent: In several biblical texts, vulnerability is also seen as a source for strength and for new life. The biblical story of Jesus’ death and resurrection is a paradigmatic example of this more positive, or at least more ambiguous, notion of bodily vulnerability in Christianity.

Furthermore, in our article we show how some recent theories in ethics and theology have posited a more nuanced and affirmative view of human vulnerability (see e.g. Judith Butler’s Precarious Life). According to this view, vulnerability should also be understood as a source of resilience and for the flourishing of life. Even in sports theory one can find such a shift towards a more affirmative perception of vulnerability. In the article “Is there an Upside of Vulnerability in Sport?” Hägglund et al. argue that openness to the experience of vulnerability may enhance a higher degree of self-awareness and self-acceptance, and facilitate mental health and sustainability in high performance sports.

In our article, we show how most of the sermons confirmed, rather than challenged, the notion of vulnerability as a problem and something that needs to be overcome. However, in some of the sermons, we found a more affirmative approach to vulnerability, and interestingly, these reflections were commonly centred on stories about ‘hitting the wall’.

Hitting the wall is a phenomenon that is well known to many marathon runners. This iconic marathon experience normally takes place around 30 kilometres (20 miles) into the run and manifests as sudden overwhelming fatigue and a slowing of pace. When preachers addressed this phenomenon in the sermons, they often referred to their own experiences. Interestingly, they described the vulnerability experienced when hitting the wall as something transformative and even spiritual. They talked about experiences of being ‘carried over’ the wall. The sermons point to how the experience of being carried over the wall by the cheering of the spectators or by the music you are listening to can, for the Christian, be a spiritual experience. In one of the sermons this overcoming of fatigue is described as an unexpected gift from God, and as a reminder that we live by what we are given.  According to the preacher of this sermon, it can even bring you closer to the mystery of Christ’s suffering—through the experience of total weakness, one can be given something new and come to feel more alive than before.

The ‘marathon sermons’ we have studied typically address the relationship between running and faith. For instance, they emphasize that just as training and discipline are necessary to succeed in marathon running, Christians must practice discipline in matters of faith. However, in the stories about the vulnerability encountered in hitting the wall, running was not only described as a symbol of faith but as a matter of faith itself. In these stories, experiences of bodily vulnerability were described as potentially spiritual and transformative. Marathon running became a kind of ‘holy marathon’.

Interestingly, they described the vulnerability experienced when hitting the wall as something transformative and even spiritual. They talked about experiences of being ‘carried over’ the wall. 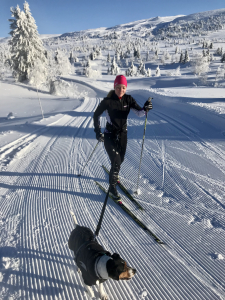 Kristin, with dog and skis, cross training for marathons. 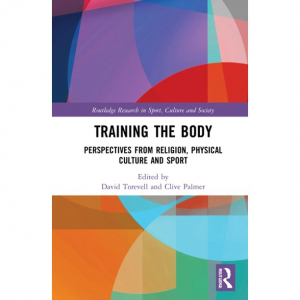 Pre-order your copy today on Amazon. 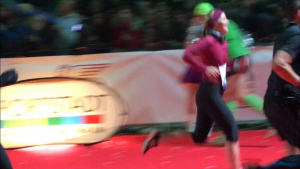 Kristin is so fast that she’s blurry in this photo!

Making Us Better? A Look at Tech and Spirituality in Sport
Scroll to top