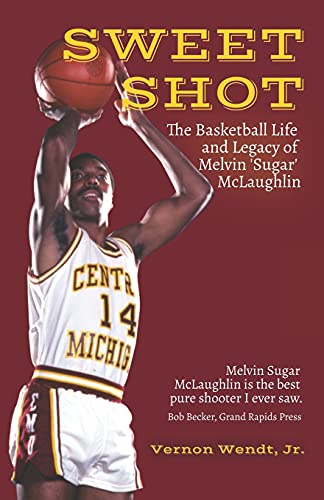 I’m taking the week off from my normal responsibilities as a parish pastor in Chicago.  Only I’m not in a sanctuary, instead I’m in the very gym of my arch-rival in high school, the East Kentwood Falcons located in Grand Rapids, Michigan, just outside the suburb of Kentwood. When I played basketball for the East Grand Rapids Pioneers’ freshmen and junior varsity teams in the OK-Red Conference, East Kentwood was and remains the largest and most diversified high school in Kent County. In junior high, we would play Kentwood’s feeder schools, Crestwood and Valleywood Middle Schools, who would customarily slaughter us. The best players of both schools would then go on to unite in high school adding even further to us Pioneers becoming easy prey to the Falcons. The gym looks much the same as I remember it, except the rubberized floor has been replaced with a wooden one.

But, I’m not there to cast out the basketball playing demons of my past nor to do penance for my substandard performances on the playing floor. Instead, I’m there to witness the basketball player I wanted to be most like when I was an aspiring player in junior and senior high school, Melvin “Sugar” McLaughlin, work with the kids at his 22nd annual summer ‘Sugar Mel’s Sweetshot Basketball Camp’.

After the organized chaos of registering the players, making sure each camper has the correct sized camp t-shirt, and engaging in a variety of pre-camp warms ups and chatter, the camp is about ready to begin. Over the noise of bouncing basketballs, squeaking shoes on the gym floor, and a cacophony of excited voices, Bobbie McLaughlin, Sugar’s older brother and camp director, blows a whistle. Over 200 fifth through eighth grade boys and girls are then summoned to join him and the rest of the staff at the main court basket on the south side of the gym. An equal amount of high school players will be arriving for the afternoon session of the camp. I stand behind the basket to observe, while the campers are seated past the three-point line in a semi-circle facing the basket.

As I glance at the campers faces, I’m thinking that some of them may not even know whom the camp is named after! Many of them may not even realize that the figure emblazoned on the back of their camp t-shirt is a depiction of him shooting his signature one-handed jump shot. A number of them may have heard stories from people like me, who were around to watch him play in his prime. But our accounts may seem more like exaggerated basketball tales of yesteryear rather than an accurate description of what actually took place on the playing floor.

If only these kids knew what a privilege it is to attend Sugar’s camp and receive the coaching advice of a living legend! As a lifetime basketball aficionado, I’ve seen a lot of players in my lifetime, but I’ve never witnessed anyone with the ability Sugar had to accurately shoot from such an extraordinary long-range while under heavy pressure. He remains the greatest outside shooter I’ve ever seen play, including all the players I’ve seen on TV and via highlight films. I know Sugar would have been a star in the NBA! If only he had been given a fair chance! However, to paraphrase Ecclesiastes 9:11, “the best shooters and the greatest players don’t always make the NBA”.

With his winning smile, charismatic personality, good looks, and phenomenal shooting range, Sugar should be a household name, readily recognized not only by the kids in his hometown of Grand Rapids but by basketball fans throughout the world. And yet, rather than being bitter and feeling sorry for himself, here he is in front of me, bringing as much passion to his camp as if he was suiting up as a player for an important game. Even though his personal “hoop dreams” didn’t turn out the way he had imagined, it is quite evident that Sugar has never soured on his love for the game of basketball.

I’ve come to realize in getting to know him that he has found peace in Jesus Christ. God has given him his passion and remarkable ability to play the game of basketball not for his own personal fortune and fame, but in order that he might give back to the community of Grand Rapids and influence lives in a positive way.

After being introduced by Bobbie, Sugar begins by slapping a basketball enthusiastically before addressing the players in a pre-camp pep talk: “How many of you have a desire to improve as a basketball player? All the great players, Kobe, Lebron, Michael, Kyrie, Steph…they had a desire to be great players and look how well they’ve done. They had a love and passion for the game of basketball, and they worked their tails off to be the best. And you guys can do the same thing.” Many of the campers begin to nod in agreement, bolstered by Sugar’s affirming and confident introduction. I can’t help but nod along as I recall my own hoops dreams at their age; like these campers, I just knew I could be a basketball star if I worked hard enough.       Sugar continues, “Always believe in yourself. Don’t let anybody tell you that you can’t do it. Don’t even have the word can’t in your vocabulary, saying ‘I can’t do that’ and ‘I can’t do this’. Eliminate that word. Always say ‘I can’ and ‘I want to do this’, because you can. All right? I really want you to learn as much as you can from the staff here this week.”

Sugar directs the campers’ attention to the staff standing behind him. “These guys are good at what they do, and bring with them a lot of knowledge about the game of basketball.” He turns back to the campers, saying, “I look at you guys, and I see myself in your shoes, in your desire to be the best player possible.” As Sugar says this, he locks eyes with a gangly twelve-year old girl, tall for her age, with a determined look. “And you know what I have learned over the years is to take the coaching advice from others and apply it to your game. That’s what I did and I give credit to all those who helped me succeed in the game of basketball.”

He remains the greatest outside shooter I’ve ever seen play, including all the players I’ve seen on TV and via highlight films. I know Sugar would have been a star in the NBA! If only he had been given a fair chance! However, to paraphrase Ecclesiastes 9:11, “the best shooters and the greatest players don’t always make the NBA”. 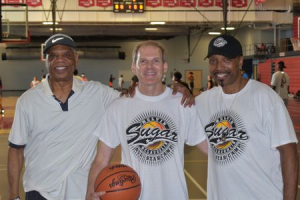 The Christian Athlete
Scroll to top