Play: The Foundation of Sport

**What follows is an excerpt from Chad and Brian’s forthcoming special issue in Christian Scholar’s Review on Play.

In late October of 2019, Calvin University and Hope College co-hosted the Second Global Congress on Sport and Christianity. More than 250 people from 25 countries and almost 40 states traveled to Calvin’s campus for the event, with another 4500 locals on site for the public keynote address given by Tim Tebow. Attendees included athletes, coaches, physical educators, athletic directors, media members, pastors, ministry leaders, and scholars from disciplines as different as kinesiology, communication, English, sociology, business management, and theology. All attendees joined for conversation on the variety of intersections between sport, broadly conceived, and Christianity, with its many different faces.

Amid the 10 keynote addresses and 100 breakout session presentations were a small handful of papers on something fundamental to sport experiences—the phenomenon of play. If sports are games or game-like experiences of physical activity, we engage in them because they induce play or playfulness. If sports were not fundamentally playful and, relatedly, fun, they would cease to exist. The connection between sport and play, then, is obvious and deep. We participate in sport (we “play” sports, in common vernacular) because we often experience play when doing so. This connection was not lost on the scholars who presented on play.

From this small group of scholars came the idea for this special issue of the Christian Scholar’s Review. Play is fundamental to our sport experiences. Indeed, play is fundamental to many of our experiences in life, and it often infuses our hopes and dreams. Thus, the scholarship presented at the Second Global Congress on Sport and Christianity related to play encouraged us to explore the topic further. We are far from the first to do so, and we will not be the last. We are attempting to provide a unique angle, and the Christian Scholar’s Review readership constitutes a special audience for explorations that seek to connect the proliferation of play scholarship across the disciplines to particularly Christian concerns.

Play is central to the human experience. Neither age nor location nor time prevents or precludes play. We are all play-capable throughout our lives—from the moments of awe, wonder, and glory just like the Christ child to the moments of laughter and surprise just like Abraham and Sarah at the birth of their child near the end of their lives. Play can overtake us at seemingly any time and at seemingly any place. Play is ubiquitous.

Despite its salience, play is not an easy concept to define. Many scholars have noted it in their writings, and they have done so in different ways. Plato and Aristotle spoke of play as it relates to childhood. The term they use, paidia, has a strong etymological connection to their word for education, paideia. The latter word refers to the development of the child. Play, in that sense, is very much like the ideal process of educational systems. It’s how they exist: they grow, learn, and mature with innocence and, hopefully, joy. This connection led Bernard Suits, a philosopher of play and games who is cited in a few of this issue’s articles, to call himself a “paidiatrician.” How clever! How playful!

Play is much more than the activity of the child. Plato and Aristotle knew this, and so did the many scholars whose work stems from theirs. Many subsequent thinkers alluded to play, but only in passing and as it fit their greater ends. It wasn’t until Dutch cultural historian Johan Huizinga presented a series of lectures to the Warburg Institute in London in 1937 on play, linguistics, and culture, that anyone had systematized an intellectual exploration of the play phenomenon. These presentations caught the fancy of Huizinga’s audience, and he expanded it into a book the following year titled, Homo Ludens: A Study of the Play-Element in Culture. In Homo Ludens, a text cited in each of the articles in this issue, Huizinga made the case that play is the foundation of culture. In doing so, he encouraged further intellectual exploration of play.

In the years since, play scholarship has proliferated. The study of play has interested scholars from all across the academic gamut: education, philosophy, sociology, psychology, biology, cultural studies, fine art, history, and neuroscience, just to name a few. The pile of scholarly literature on play has grown from a molehill to a mountain over the last half century. In some ways, the fundamental nature of play makes it accessible as an experience to all scholars, relevant therefore in any discipline. 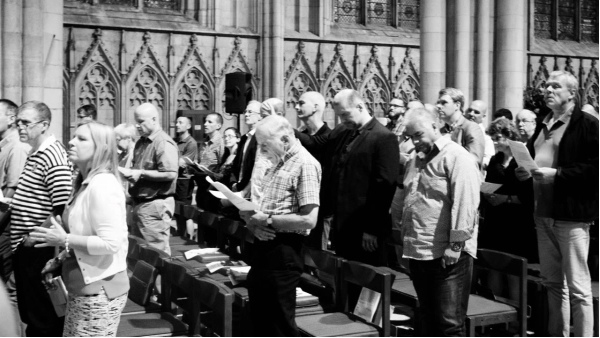 Worship as play at the Inaugural Global Congress on Sport and Christianity in York, August 2016. 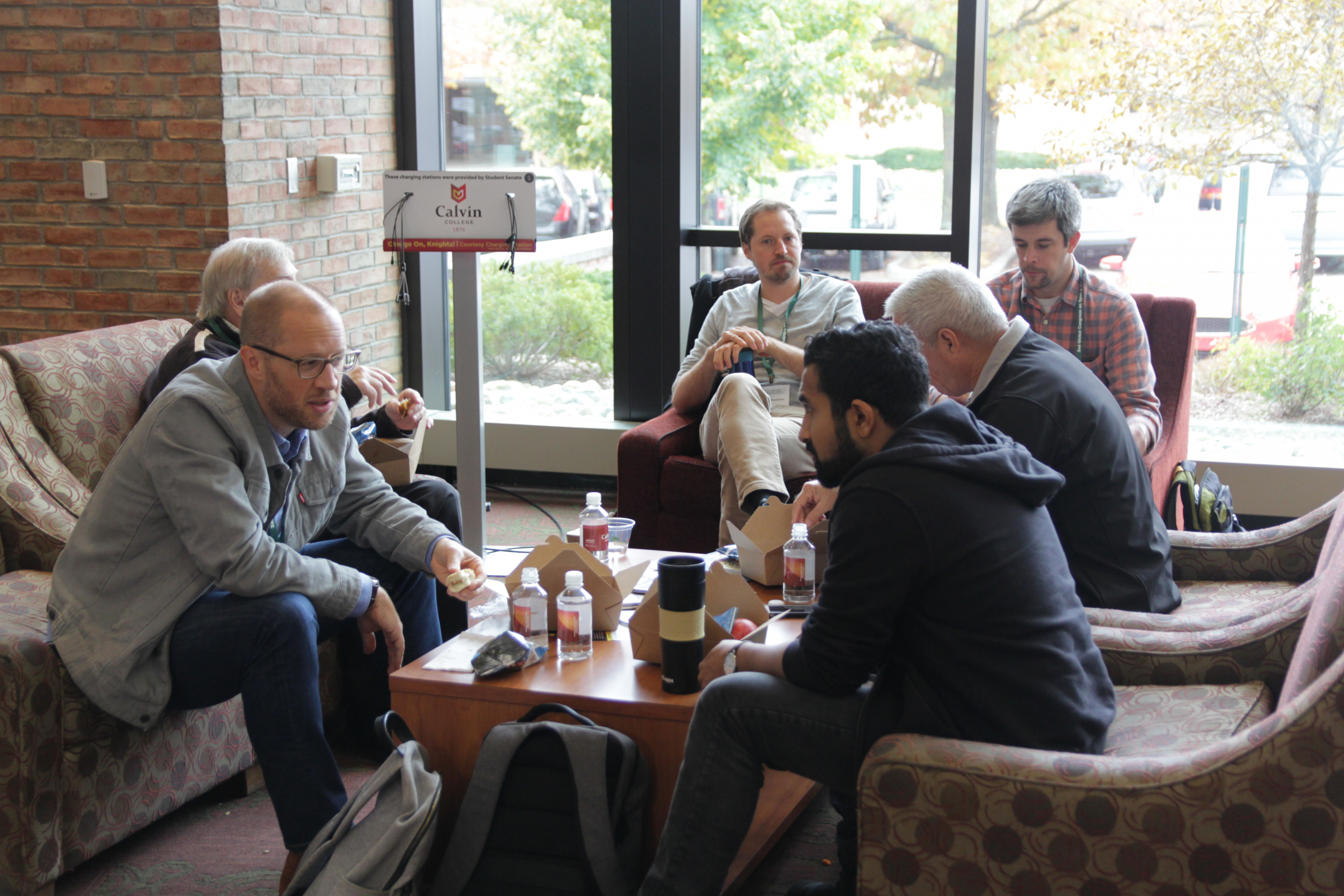 Playful conversation in between sessions at the Second Global Congress on Sport and Christianity at Calvin University, October 2019.

Transformation…One Person at a Time
Scroll to top