Five Years after Playing for God 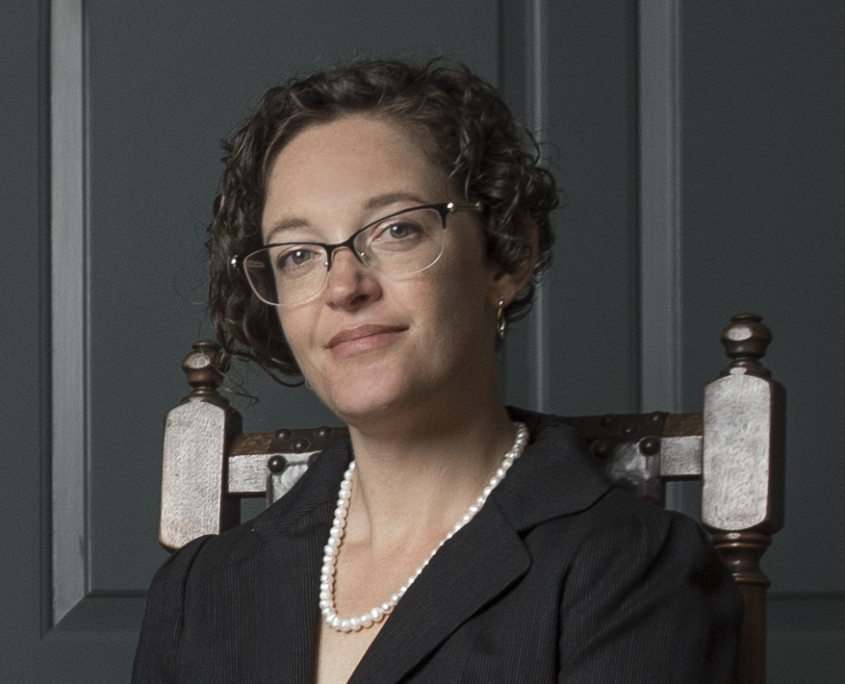 I am an anthropologist of religion. This means that my primary method of investigation is fieldwork, observing and participating in the lives of my subjects.

One thing anthropologists do well is pay attention to the boundary between insider and outsider. We ask questions like: What are the words, behaviors, and backgrounds that make a person fit in or stick out? How does a person go from an outsider to an insider in a community?

I studied sports ministry communities, groups directly at the intersection of sport and Christianity. I’m an outsider for both of the major aspects of this community: I’m not an athlete, and I’m not a Christian. I grew up hating sports. I thought sports were boring, dangerous, and stupid. I should also confess that when I started my research, I also thought Christians were boring, dangerous, and stupid. So, I might be the unlikeliest anthropologist to choose sports ministry as a site for investigation.

In the mid-2000s, I spent two years doing anthropological fieldwork with female Christian athletes in the U.S. I attended a summer camp for high school athletes hosted by Fellowship of Christian Athletes; I traveled with Athletes in Action’s women’s basketball team on an exhibition tour; and I spent a competitive season with the Charlotte Lady Eagles, a semi-professional soccer team owned and operated by Ministry Athletes International.

My fieldwork focused on women for two reasons. First, since the 1990s, women have outnumbered men as sports ministry participants, and, second, women who play sports often find themselves challenging gender norms and have to conscientiously navigate their gendered identity. This last aspect is amplified for evangelical sportswomen who tend to value conservative gender roles as part of their religious identity.

I saw that sports ministry gave female Christian athletes tools to use their own bodies to understand their religious identity, and in so doing, they came to question and re-work evangelical mainstays on gender and sexuality. Women in sports ministry developed strategies for maintaining their sense of femininity while competing at an elite level; they began to seriously rethink evangelicalism’s condemnation of homosexuality because of their athletic engagement with out-lesbians (and sometimes their own feelings of same-sex attraction); and they used their athletic experiences of team dynamics to rethink and shift their understandings of godly marriage. I describe some of these findings as “unintended consequences of sports ministry.”

Over the course of this work, I came to a much more complex understanding of sports, of ministry, and of sports ministry. One thing anthropologists try to do is to cross the boundary of insider/outsider and translate insider worlds for other outsiders. As an anthropologist studying lived religion, I struggled with how to convey very different perspectives and communicate clearly the experiences of the women I studied. Ethically, anthropologists have an obligation to include the voices of their subjects, but anthropologists also always frame, analyze, and compare these voices. In my book, Playing for God: Evangelical Women and the Unintended Consequences of Sports Ministry, I worked to highlight contradiction, tension, and ambivalence to show complexity within sports ministry.

In the years since the publication of Playing for God, I’ve been invited to talk to graduate students about anthropological methods, to visit undergraduate kinesiology classrooms to talk about sport and social issues, and to speak at a conference for Christians who study sport. It was the last of these that surprised me the most. Playing for God details why athletes might benefit from sports ministry. Yet it also recognizes that even though evangelicals have been heartily involved in sports at every level of competition for more than fifty years, sport has not changed and continues to promote hierarchy, value winners, dismiss losers, and exploit bodies for financial gain. As the keynote speaker for the 2017 Christian Society for Kinesiology and Leisure Studies conference, I delivered an hour-long presentation on how sports ministry developed and how it remains complicit with the structures of sport that maintain inequality, gender stereotypes, and capitalist exploitation. I was nervous to share my perspective with a room full of Christians who love and study sport and who engage in ministry! However, the reception was overwhelmingly positive, and many thanked me for setting the stage for a conversation that they were interested in having: how can sports ministry improve sports? It was perhaps the most rewarding opportunity I have ever had to talk about my research.

The anthropological fieldwork that I did is now more than ten years old. And Playing for God has been on bookshelves for five. The female athletes that I studied when they were in their 20s have grown and changed. My book is a snapshot in time, exploring sports ministry in its most recent phase, and while I can’t predict where sports ministry will go next, I know it is not static and we will see innovations. These too may have unintended consequences.

I saw that sports ministry gave female Christian athletes tools to use their own bodies to understand their religious identity, and in so doing, they came to question and re-work evangelical mainstays on gender and sexuality. 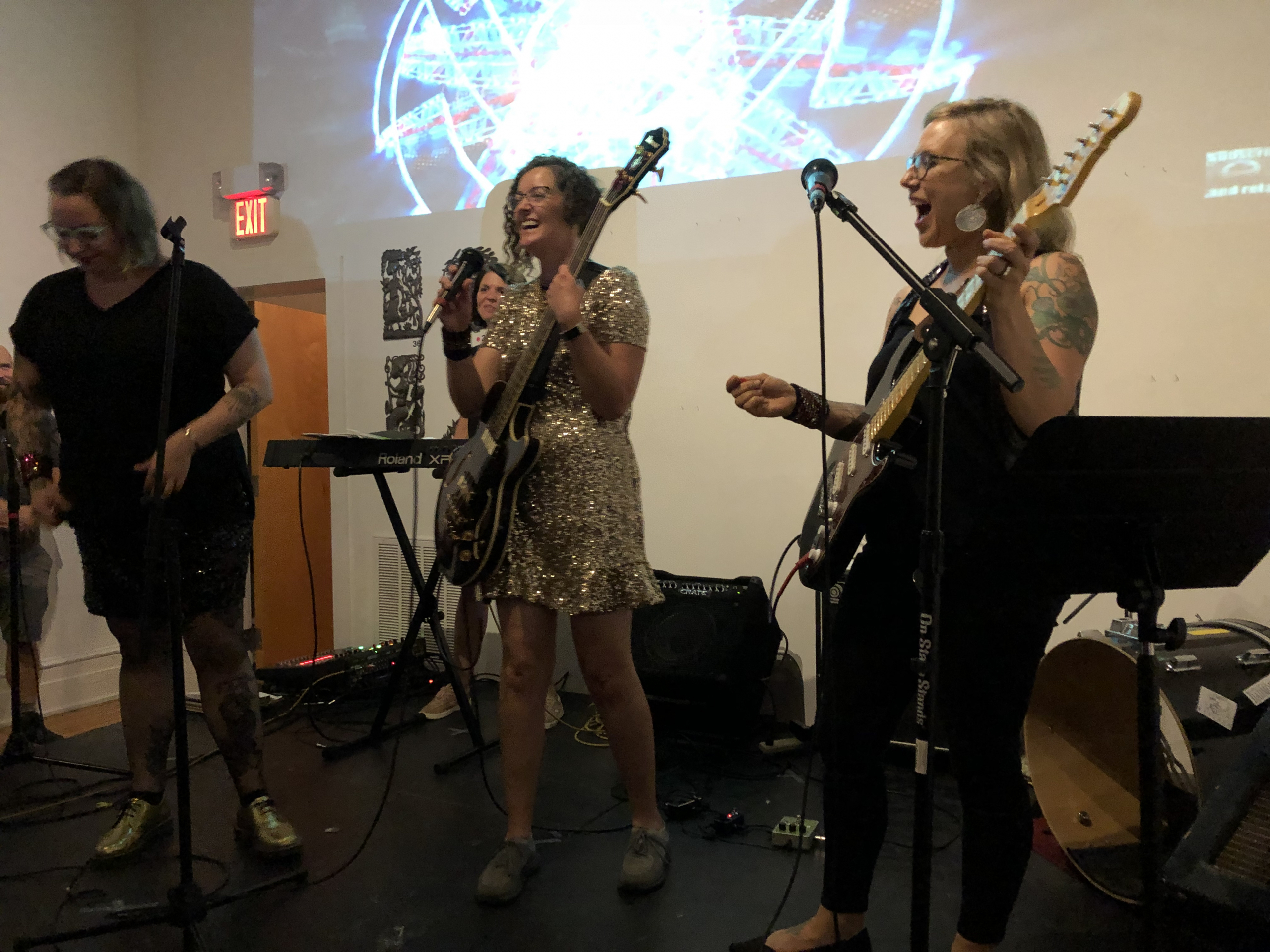 When not doing fieldwork, Annie leads a band, pictured here at center. 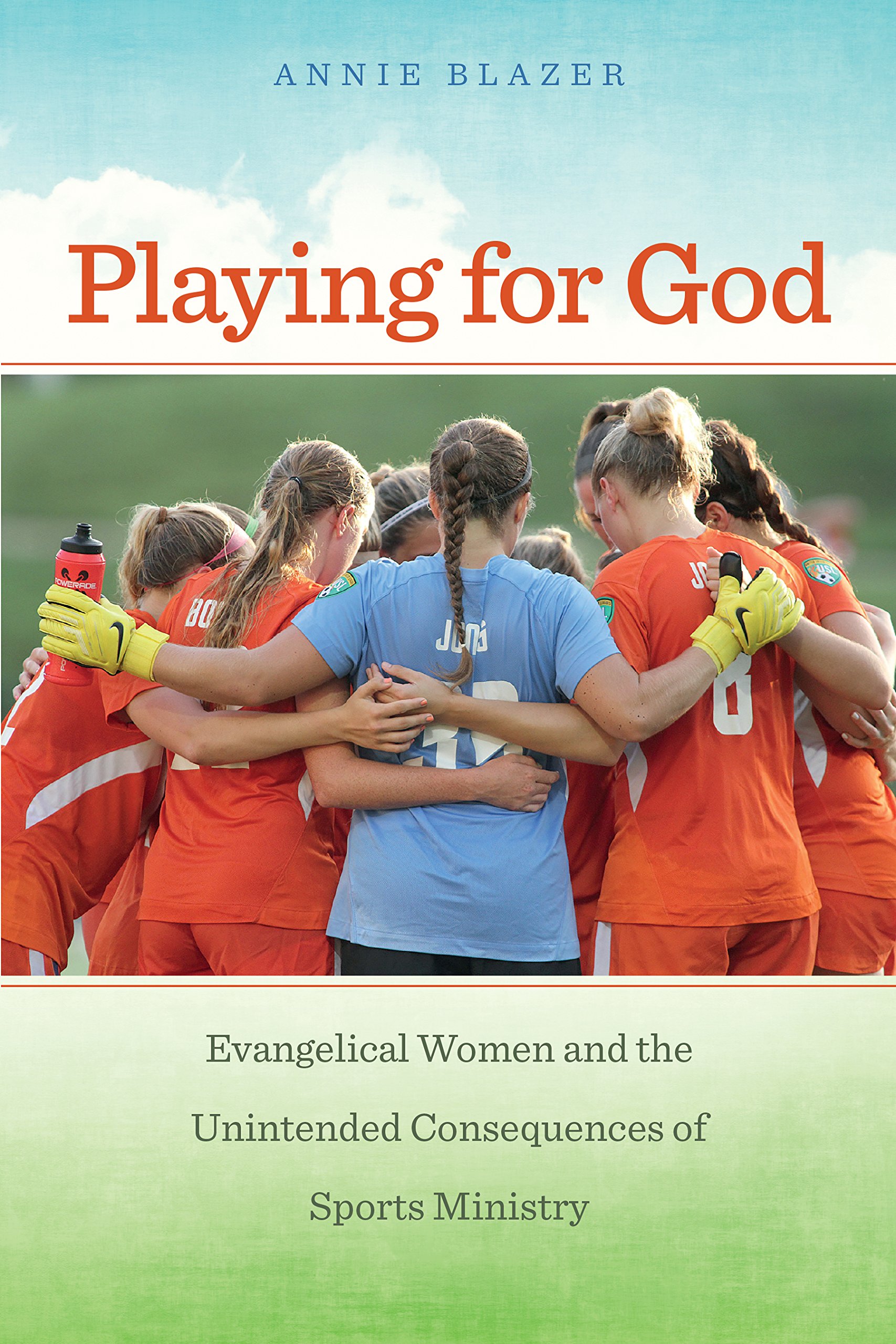 Twenty Years In
Scroll to top